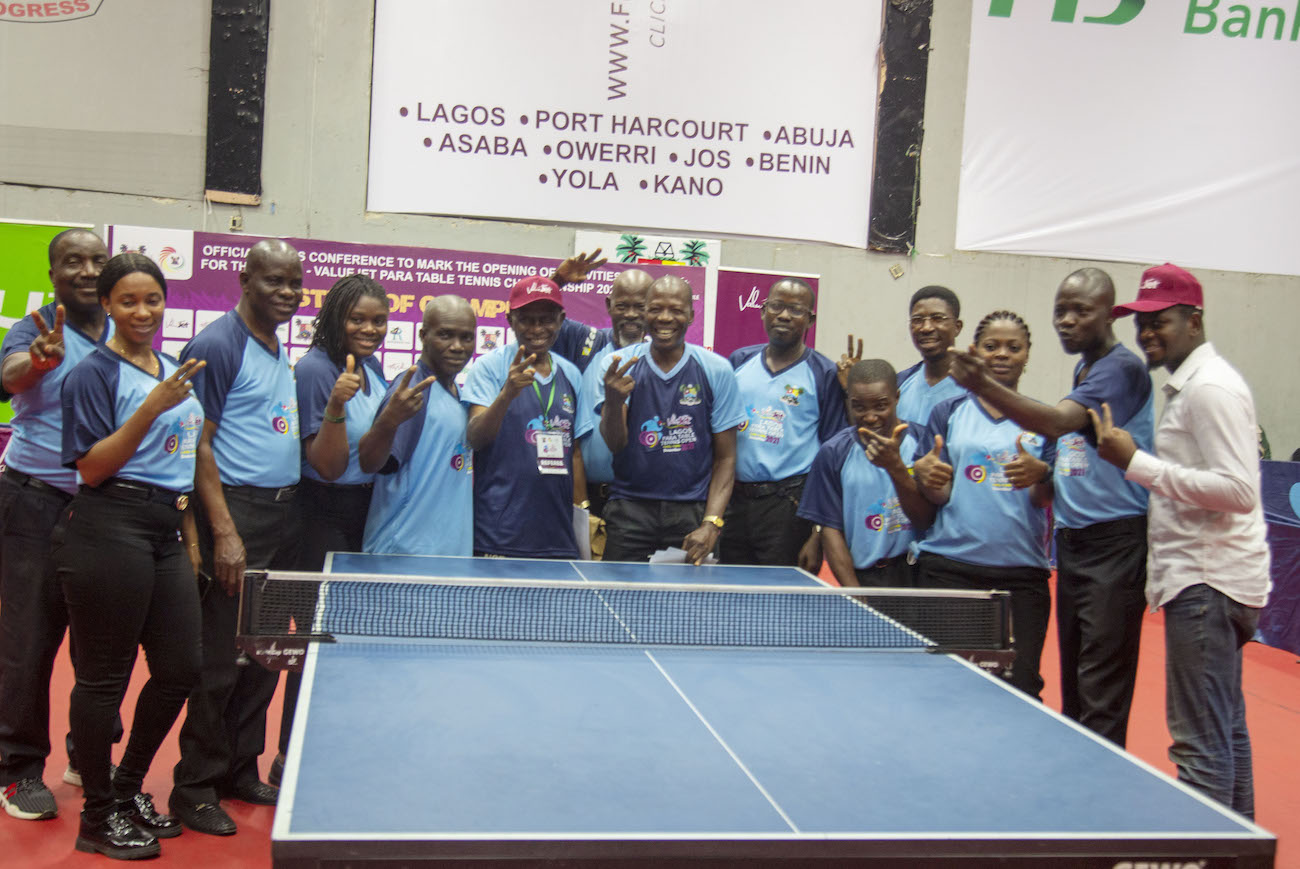 Posted at 12:34h in Uncategorized by TECHNEK50 0 Comments
0 Likes

The much-awaited Valuejet Para Table Tennis Open serves off on Thursday, December 19 at the Molade Okoya-Thomas Hall of Teslim Balogun Stadium in Lagos with hundreds of players aiming to share from the N10.8m purse, Extrasportsnigeria.com reports.

Already, apart from Nigeria, eight African countries are in Lagos for the three-day tournament which ends on Saturday December 21.

Egypt, South Africa, Algeria, Morocco, Cote d’Ivoire, Benin Republic, Togo and Ghana will compete in the 44 events tournament for players in class 1 to 10. The hundreds of players will compete in singles, team and doubles events.

Rio Paralympian, Ahmed Koleosho, said the tournament would provide the players the platform to compete against their foreign counterparts, particularly the local players who are yet to compete at higher level of the game.

“I am so excited that we are hosting this kind of competition and I am hoping and believing that we will make Nigeria proud. It will surely give upcoming players the opportunity to compete against their experienced counterparts,” the Tokyo 2020-bound Paralympian said.

The President of the Nigeria Table Tennis Federation (NTTF), Ishaku Tikon, said staging the tournament would help players that had already qualified for the Tokyo 2020 Paralympic Games to tune up for the sports fiesta in Japan come next year.

“This is a good development for table tennis in Nigeria and we are grateful to our sponsor – Valuejet for deeming it fit to support the championship. We are excited and we can wait for the tournament to kick off as our aim is to make it a ranking event by 2020 on the ITTF calendar. This is another first from NTTF and we hope our players and visitors will enjoy the warmth of Lagos and Nigeria during the competition.”

According to the project consultant, Sunday Odebode, the aim of the tournament was to expose the players to world class tournament particularly as they are expected to compete against some of the best players in Africa.

“We want to use this competition to develop para table tennis in Nigeria while also promoting the talents of the players. We believe this tournament will enhance the sport as well as give us leverage to stage and be listed among the ITTF tournament in near future. Our players will also be exposed to competition among themselves and other players coming to Nigeria for the championship,” Odebode said.

Before the kick off of the tournament on Thursday December 19, from December 16 to 18, an ITTF classifier, Elsayed Mehrem has been in Lagos to classify some of the Nigerian players to their various classes